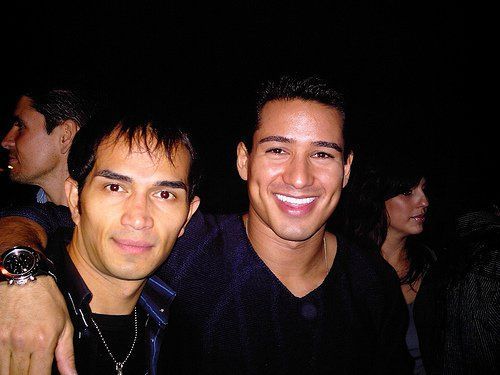 Mario is the son of Elvira Soledad Trasviña and Mario Alberto López Pérez. His father was born in Culiacán, Sinaloa, and his mother was born in Tijuana, Territorio Norte de Baja California, both in Mexico. A DNA test undertaken by the show Finding Your Roots with Henry Louis Gates, Jr. (2012) stated that his genetic ancestry is 56% European, 41% Indigenous American, and 3% Sub-Saharan African.