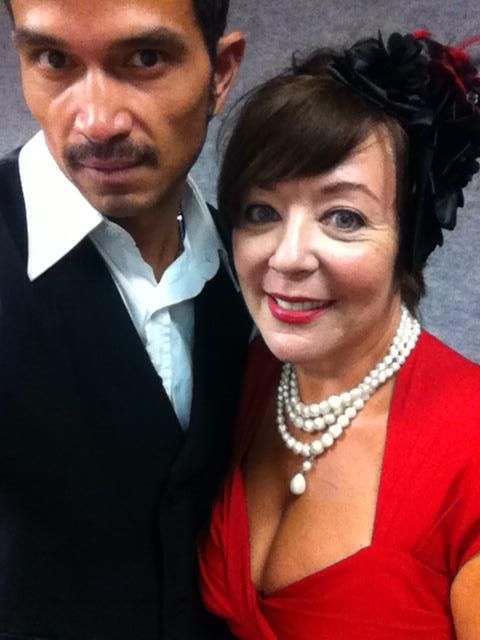 Paloma Morales has been acting since a young girl in her native Cuba. After arriving to America, Paloma began performing as a dancer, singer and actress in local theatre plays. In the 90's she devoted herself to her singing career with great success. Being that Paloma is a versatile woman, years later she continued with her acting career, a career that has led her to have a prominent place as an actress in Spanish TV shows. and national commercials. In 2013 she performed as the Soap Star in Menopausia El Musical at the Ricardo Montalban Theatre with marvelous reviews. She was called a "Quadruple Threat," by Latin Heat Entertainment Magazine. For the fact that she can sing, act, dance and "Habla Español." Paloma recently played the role of Rosa in the acclaimed movie Valentina directed by Jorge Xolalpa. (2017) Sidow Sobrino and Paloma shared credits on The Foundation Bilingual of The Arts Stage production "Lara" - El Flaco de Oro directed by Margarita Galban.