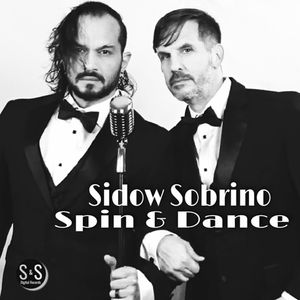 IT'S TIME TO LET OUR SOULS BE FREE, TO HEAR THE SOUND OF MUSIC AND HONOR SURVIVAL, IT'S TIME TO BE JOYFUL AGAIN, AND WHAT BETTER WAY TO DO SO THAN WITH A MELODY TO SPIN AND DANCE.

United States, Europe, Australia, India,Hong Kong,England, China, Mexico: S and S Digital Record’s top artist Sidow Sobrino has released a new contagious dance song. “Spin & Dance” is now out on all streaming services worldwide. The Latin infused track is the first of 11 songs to be released from the singer’s upcoming album “I’m Obsessed with You.”

“God came through for us” The Sidow-Sobrino men exclaimed. “It’s time to shake our bodies, to groove, to sing out loud about how much we love each other and what it means to have everyone be alive. We even bought the song it’s own domain Spinanddance.com and we invested in the purchase of TheWorldsNumberOneSong.com because It’s time to let our souls be free, to hear the sound of the music and honor survival, it’s time to be joyful again, and what better way to do so than with a melody to “Spin and Dance.”