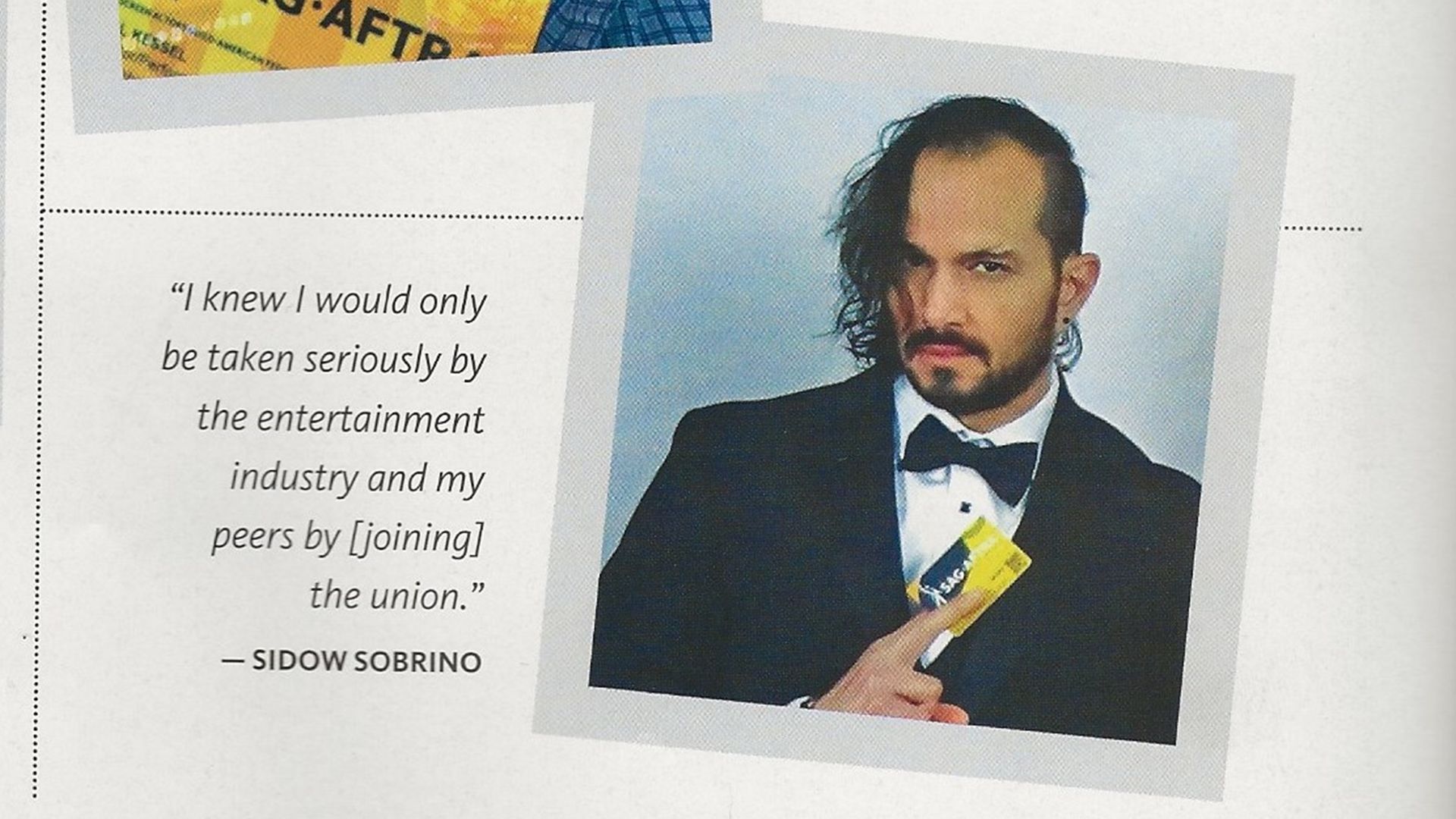 Music, Film and TV superstar Sidow Sobrino, is featured in the "Show Us Your Card" section, of the 2021 Summer Issue SAG-AFTRA Magazine. A quarterly publication and a benefit of SAG-AFTRA membership. It circulates to approximately 160,000 readers throughout the United States and abroad.

The actor submitted his story among other performers, and was one of the 5 selected for the summer printed journal. The magazine catches it’s members on all the news, latest videos, podcasts and career-enhancing events available to the performers' Union constituents. Printed along with his photo is a quote that reads “I knew I would only be taken seriously by the entertainment industry and my peers by [Joining] the Union.” 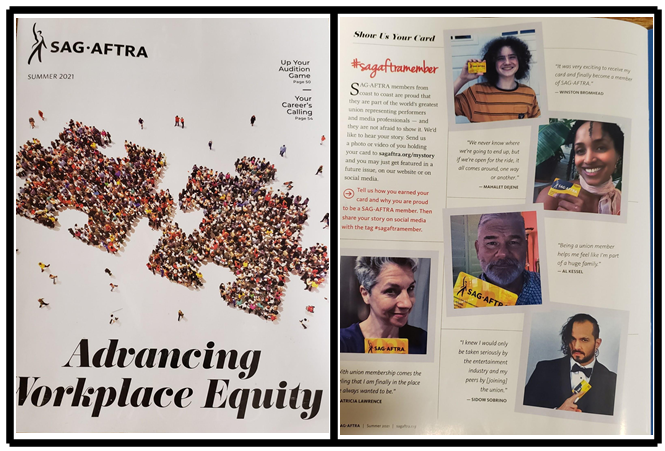 Sidow Sobrino also published a personal post titled Dreams do come true, and when I saw my face in the SAG-AFTRA magazine, I knew I wasn’t in Kansas anymore . The Spin& Dance singer explains how he has been working hard all his life. “I have been holding my heart in my hands, asking God why he would give me such a gargantuan dream? Nights and days went by hearing hundreds of no's, and in the darkness of my bedroom I would cry, almost drowning in my own tears. Then every morning I would wake up, more thirsty than before to go after this goal. I never knew how It was going to happen, I just had faith, because the bursts of energy in me only had one direction, The dream of recording music, and acting in TV shows and movies. So I started taking one step after another, trusting my instinct.” He also continued to give thanks to many of the people who have stood by his side in his journey up until now. “I want to thank Katie Wallack, Manager of Contracts & Member Outreach of SAG-AFTRA, in Dallas, TX,  for her support when I needed it the most, in letting me know to send my story to the magazine editor. Thank you to Jalika Conteh, the Magazine  Content Editor, for choosing my story among the thousands who are submitted. Thank you to my husband Richard Sidow-Sobrino who laughs with me and holds me tight when I cry too, but is always there with the right words to give me strength and encouragement when it feels the world is about to collapse beneath me, Richard is the one person I have to honor most of all for helping me finalize this long chased dream.” Read Post Here.

The publication came out just at the right time, Sidow Sobrino and husband Richard Sidow-Sobrino celebrate their second wedding anniversary on August 24th, and is about to release his new single “I’m Obsessed with You,” on August 31, which will be available for streaming on all music platforms worldwide.