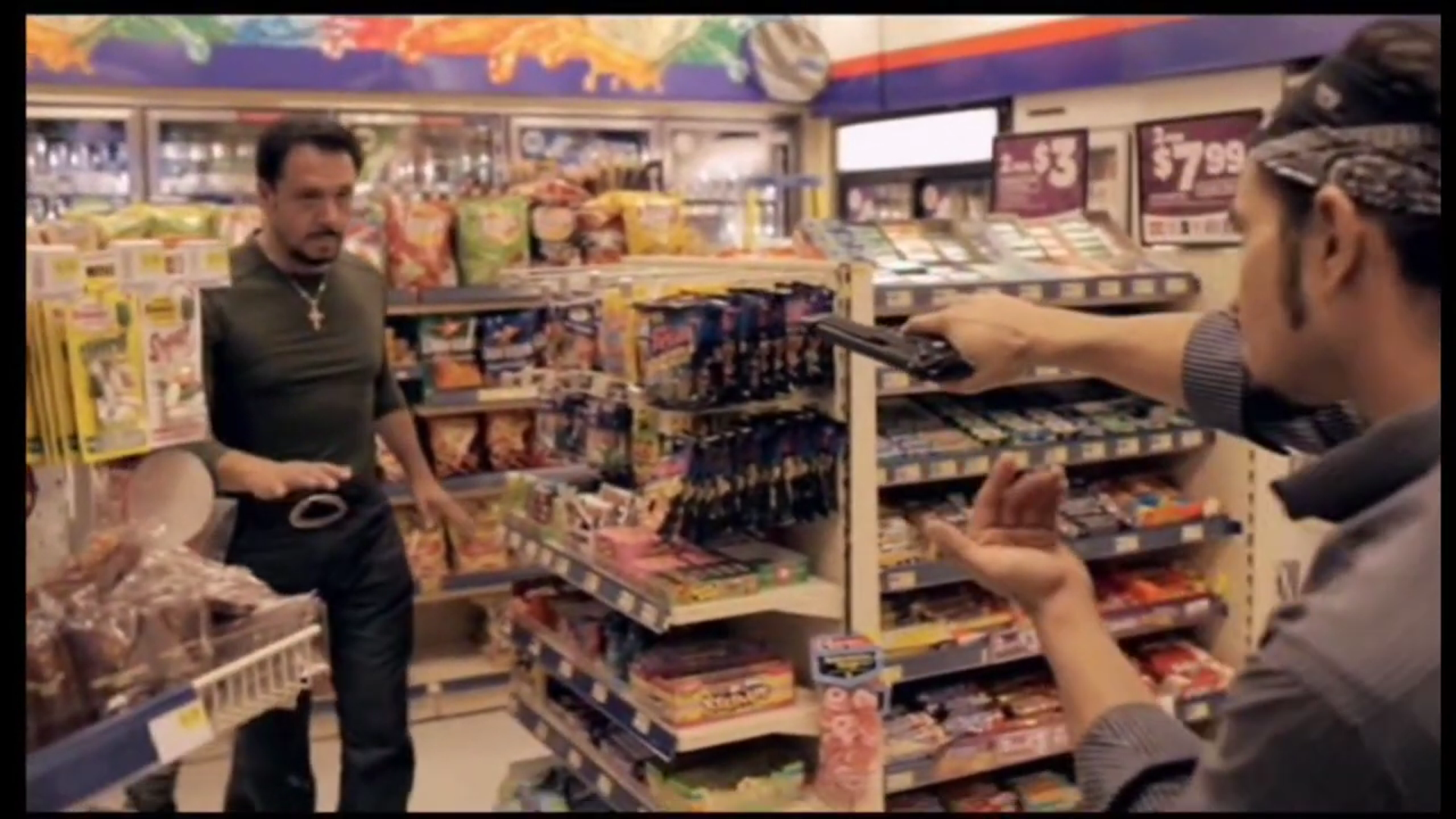 Sidow Sobrino commits one of the most horrific crimes, in what is considered by the public the most popular Latin films of all time. Based on the hit song "Te presumo." by Banda El Recodo. El Meno (Sidow Sobrino) is heartless, and high out of his mind on every drug possible, while the members of the dangerous gang he belongs to rob a gas station, the evil character The King of kings gives life to, discharges a gun, wounding a family man, and killing his first born son.