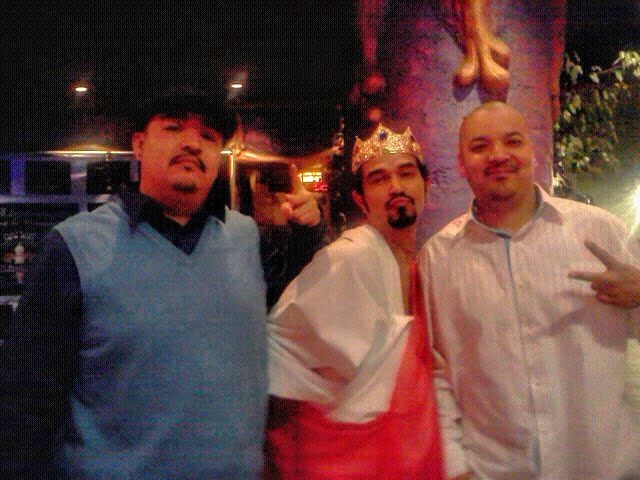 Akwid is a Mexican-American hip hop group combining hip hop-style vocals with regional Mexican music. An earlier incarnation of the group was known as Juvenile Style . Rappers Francisco "AK" Gómez and Sergio "Wikid" Gómez, who make up Akwid, are brothers originally from Jiquilpan, Michoacán, but grew up in Los Angeles, California. Before becoming Akwid both "AK" and "Wikid" were part of a former rap group named the "Head Knockerz" with other group members Sabu and John John

ergio and Francisco Gómez were born in Jiquilpan, Michoacán, Mexico. Relocated to the United States of America at the ages of five and three years. They are not twins, Sergio is older. They grew up a mile West from Downtown LA in an area now known as Westlake South. Sergio Gomez and his siblings attended 10th St Elementary and Berendo Junior High. Educated later on the streets of South Central Los Angeles, they discovered a musical talent and a great concern among the worlds of Hip Hop. They were recognized and aggressively pressed the fusion of music and culture. Akwid gave life and the identity of people who today represents youth between communities worldwide. Appointed pioneers of the genre, humbly Gómez brothers are in the world of creation and expression through music. Conquering one to see with a unique style to others. Akwid's most recognized work are